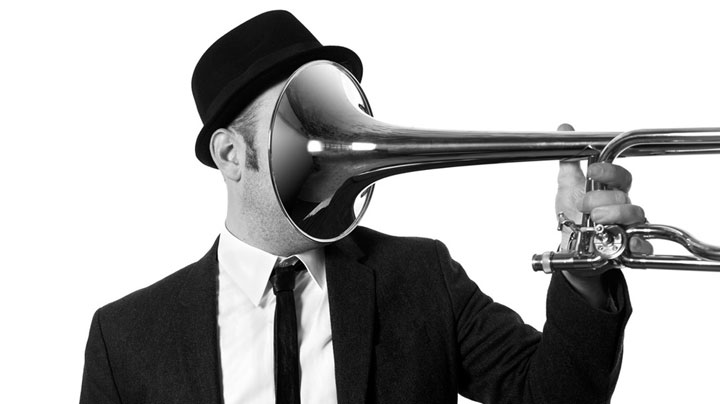 At a time when more musicians are trying to be heard than ever before, rare gems like Samuel Blaser seem paradoxically, to rise above it all. Since his 2007 debut as a leader, 7th Heaven (Between the Lines), Blaser has grown at an almost incomprehensible rate, from a straight-ahead hard bopper in his mid-twenties to an innovative free player and ever-searching composer and bandleader in his early thirties – one whose improvisational strength has received high praise from the media world over.

Born and raised in La Chaux-de-Fonds, Switzerland, Blaser lived in New York City for many years before relocating to Berlin, where he currently resides. He began trombone lessons at the age of 9, and his early interests ranged from Swiss folk music to American R&B and jazz. He entered the local conservatory at 14 and graduated in 2002 after being awarded prizes in both the jazz and classical spheres, including the 2000 Benny Golson Prize.  Participation in the heralded Vienna Art Orchestra and European Radio Big Band eventually led to a Fullbright Scholarship, facilitating studies in the United States at the SUNY Purchase College Conservatory of Music. A year later, Samuel won the J.J. Johnson Prize in 2006.

2015 will see Blaser touring with two trios: one with guitarist Marc Ducret featuring Danish drummer Peter Bruun and the other with French pianist Benoit Delbecq and American drummer Gerry Hemingway. As of November, Blaser is back on the road with his original quartet to promote his new album Spring Rain (Whirlwind Recordings) an homage to Jimmy Giuffre, with Russ Lossing on piano, Drew Gress on bass and drummer Gerald Cleaver. 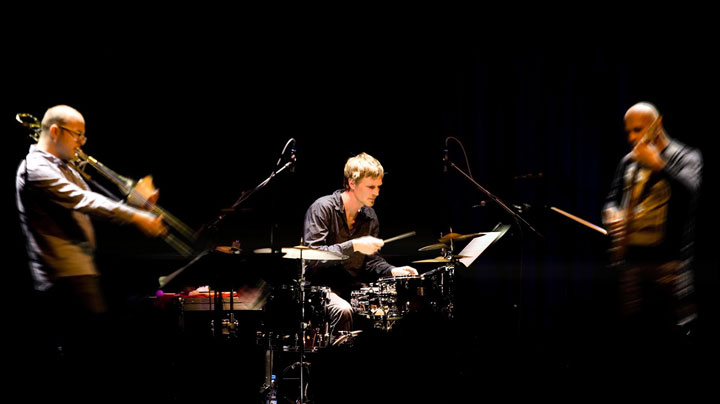 Guitarist Marc Ducret was born in Paris in 1957. A self-taught musician, he began working in various groups (dance and folk included), and in the studio, before reaching the age of 20. In 1986, he became a member of the first French National Jazz Orchestra. Also in the late ’80s, Ducret led his own trio and toured Europe, Africa, and Asia. In 1991, he began working with Tim Berne and went on to play with Berne in Caos Totale, Bloodcount, and Big Satan. Ducret has several solo recordings to his credit, released on Berne’s Screwgun label and the Winter & Winter label. In the late ’90s, Ducret formed a tentet, Seven Songs, to explore music of the ’60s.

Peter Bruun started playing drums at the Rythmic Childrens School in Vesterbro in Copenhagen at the age of three. This became a life-long immersion into drums, music and composition. He was admitted to the Rhythmic Music Conservatory in Copenhagen, at the age of eighteen. After 3 years he discontinued his formal education to travel in India and Brasil and continue his study on his own. Peter is an active member of ILK (Independent Label of København) and a founding member of the band Eggs Laid By Tigers who released their first Album “Under The Mile Off Moon” in 2012. Peter’s most resent release is called Unintended Consequences and explores the borders between composition, instant composing and improvisation.